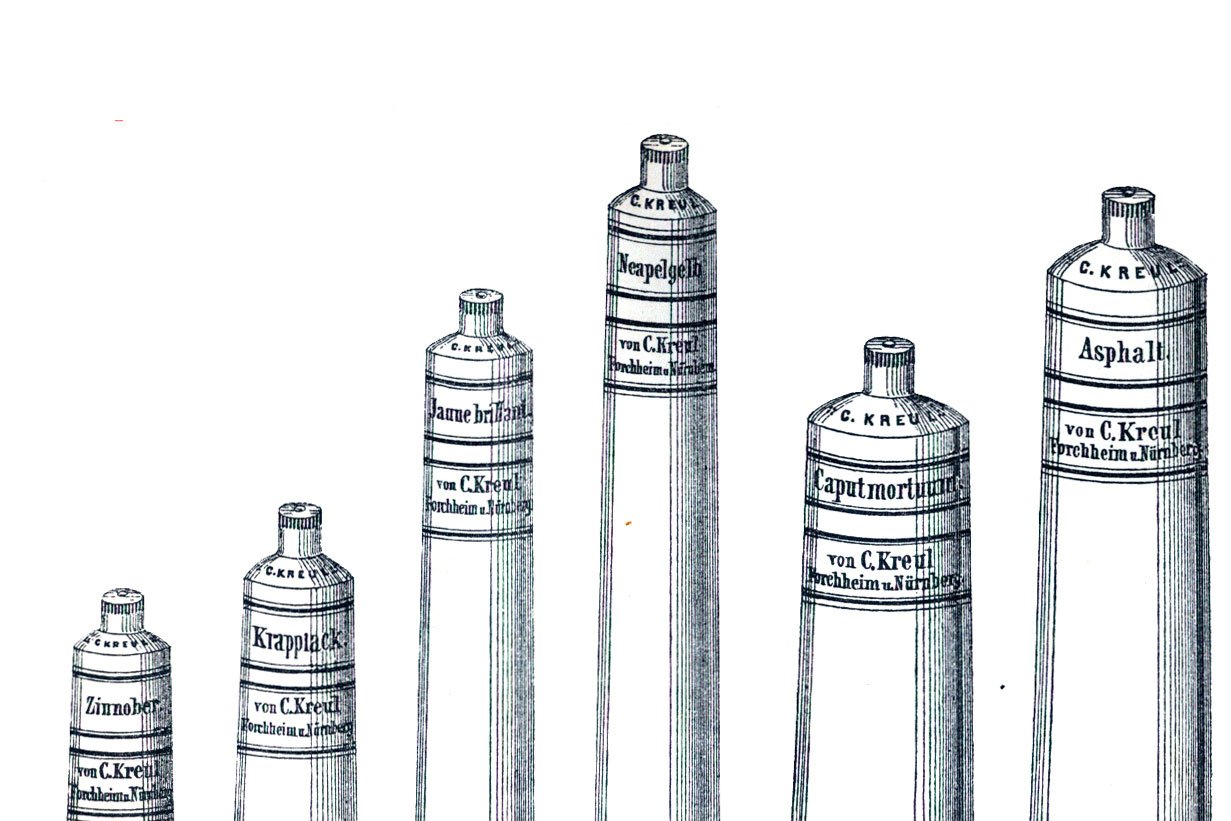 Of course, a company's vision is always directed towards the future. But after such a long time, let's take a look back. Because the history of KREUL, the first and oldest artists' paint factory, is as exciting as its future. 180 years of KREUL. 180 years of paints made in Germany. 180 years of a family company.

The founder of KREUL, Johann Dietrich Carl Kreul (1803 to 1867), was a genre and portrait painter. In his day, colours could only be produced with a lot of knowledge and manual skills by every artist. Painters had to be craftspeople and artists at the same time. With knowledge of materials and technical skills, Carl Kreul developed a colour rubbing machine with the help of which he could produce oil paints of consistently high quality. In 1838, he founded the first artists' paint factory in Germany and gained a good reputation for his high-quality standard throughout Europe. First from Nürnberg, and later from Forchheim, he distributed his oil paints for artists to all countries.

Having no children, Carl Kreul sold his thriving factory with all recipe books one year before his death to a merchant from Nürnberg Christian Demmler. Find more information about Carl Kreul here.

In October of 1900, the company was taken over by a chemist Dr. Kleeman, and later by a paint manufacturer from Berlin Heyl-Behringer. In 1922, Franz Schmidt, the great-grandfather of the current owner, purchased the paint factory and led it through inflation and world economic crisis. 13 years later, his son Dr. Julias Schmidt began to develop the company into a modern factory and organise it anew. From now on, KREUL commits itself to the growing market of hobby painting as well.

KREUL with its products firmly established itself in the international world of creativity and art. Only in Italy, 13 representatives were selling the products. Every month oil paints were sent to India in wooden boxes and linen bags.
With untiring creative energy, Julius Schmidt was making the right decisions and setting the course for five decades. In 1988, his daughter Gertraud Hawranek took charge of KREUL. Under her leadership, the artists' paint factory acquired new premises in Hallerndorf and became a market leader in paints for artists and hobbyists in Europe. A series of products such as silk paints or window colour shape the creative branch.

Since 2014, Dr. Florian Hawranek has been leading the company in the fourth generation. 'For us, these 180 years are a motivation to deal with new ideas. We are using the 180-year experience to address questions concerning the future. Which trends affect customers? What role does liquid colour play?'

Today, KREUL is the brand of liquid colours for kids, artists and creatives. New products are oriented towards people's wishes, their preferences, trends. The technical pioneer spirit of Carl Kreul is still there. His invention of the colour rubbing machine has made it first possible in Germany to produce paints of consistently high quality and make them available to artists without their own time-consuming and costly handwork. For the independent family company 180 years later, it is still true that being the oldest artists' paint factory in Germany, KREUL always looks at today and tomorrow.

With such an attitude and responsibility for employees, customers and coming generations, KREUL has set clear targets. Therefore, while developing new products, specialists prospectively systematically choose those raw materials that are at least 60% of natural origin. Many other ecological aspects save natural resources when manufacturing and minimize emissions. Employees enjoy working environment with high security standards, fair pay and future-proof jobs. You can find the complete KREUL commitment here.